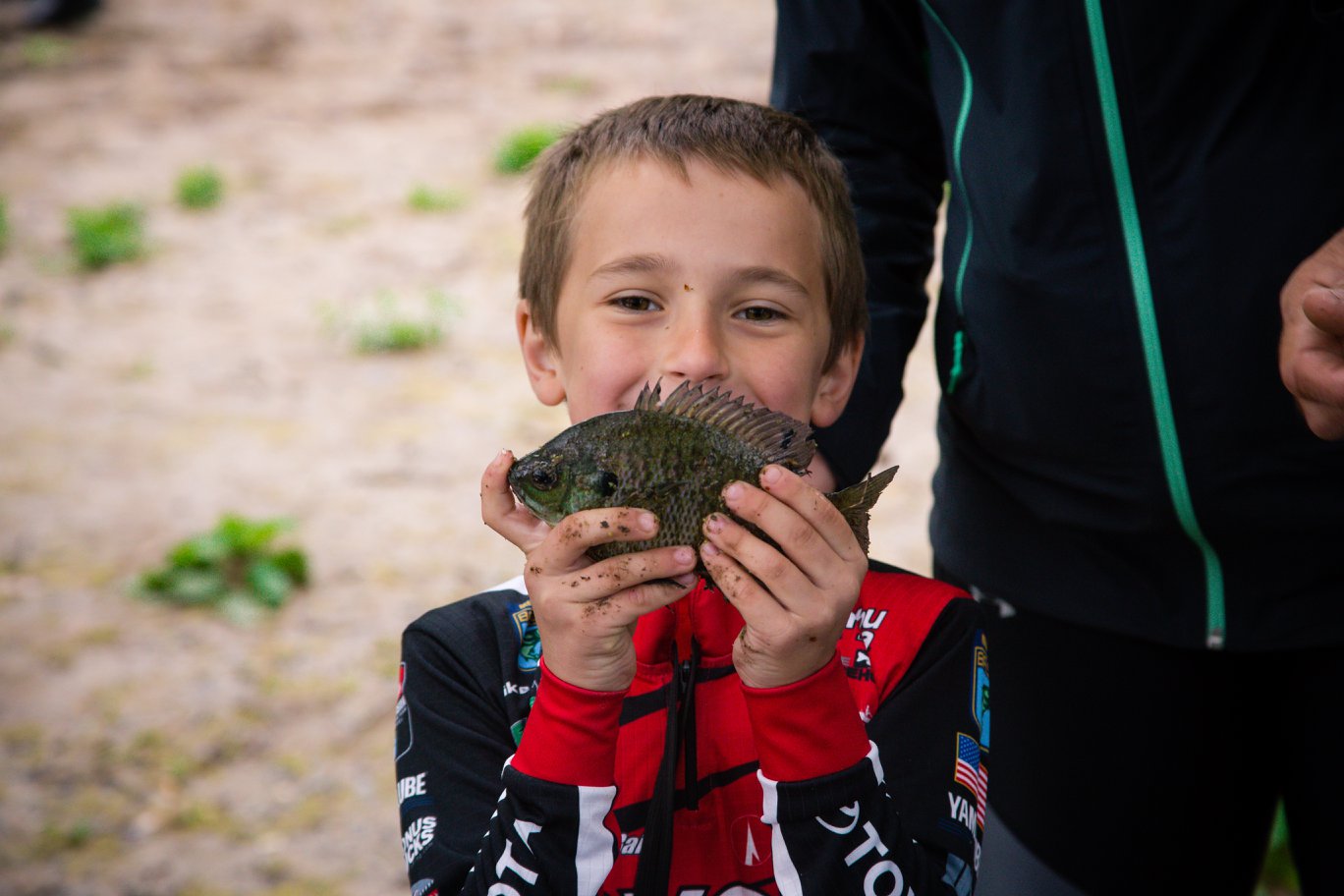 In 2017, we launched the Ike’s Hook ‘Em Early Kids Fishing Event. For many young people, a chance to experience the outdoors, receive free gifts from our proud supporters, like Abu Garcia and Pure Fishing, and win great prizes in the fishing tournament.

The Ike Foundation returned to Haddon Lake Park on May 12, 2018, for the second annual Ike’s Hook ‘Em Early Fishing Event. Hundreds of people were in attendance, there were prizes and giveaways, and many fish were caught.

1, 2, and 3 place received a medal. Place was determined by the largest combined length of all fish caught

Our Never Give Up award went to Michael Eller. He fished all day even though the fish just weren’t biting for him. Mike Iaconelli spent some time with Michael and in the last few minutes of the tournament, Michael hooked a fish! Great job Michael…never give up! Rapala

We also raffled off an amazing Casio Pro Trek Watch.

Donate to The Ike Foundation® today to help us further our cause to get kids outside into the outdoors, through the sport of fishing!